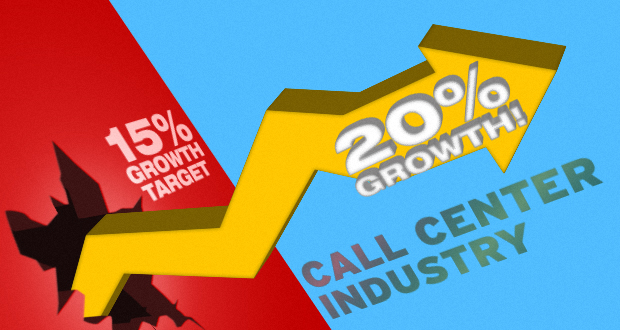 The year 2012 proved to be an upbeat year for the call center industry after the Contact Center Association of the Philippines (CCAP) reported that the sector grew about 20 percent against the growth target of 15 percent.

Despite the appreciation of the peso, the strong performance was considered a big news to an industry that is highly dependent to currency fluctuations. According to CCAP executive director Jojo Uligan, should the peso currency and dollar exchange will fall below P40, the call center industry will be hurt the most.

Last year, it was $8.4 billion in revenues and 500,000 jobs that the industry were aiming last year. Uligan expressed his satisfaction to the accomplishment thus far, including the opportunities that are coming from areas that the Philippines don’t presently have a strong presence like in Europe, United Kingdom and some Asian countries. The growth drivers last year include healthcare, gaming, banking and the financial sectors.

For the overall business process outsourcing (BPO) sector, Uligan announced that the industry exceeded its growth target of $13 billion and jobs of 722,000 last year. Based on 2011 figures, the BPO industry posted more than $11 billion in revenues and employed almost 640,000 workforce.

Under the medium-term roadmap for the BPO sector, it is projected that the industry will register up to $25 billion in revenues and employ 1.3 million by 2016. Out of this target, the call center industry is expecting to post $14.7 billion and 816,000 of the total jobs to be created by 2016.

In recent years, many American and Australian companies are outsourcing their call center operations in Asia, particularly in India, China and the Philippines. Recently, Manila was named the call center capital in the world with the continued rise of this industry due to various factors that include low cost of embarking on call center outsourcing, English-speaking agents and the flexibility to adapt to Western country’s timezones.