Standard Chartered Predicts Continued Growth for the Philippines This Year 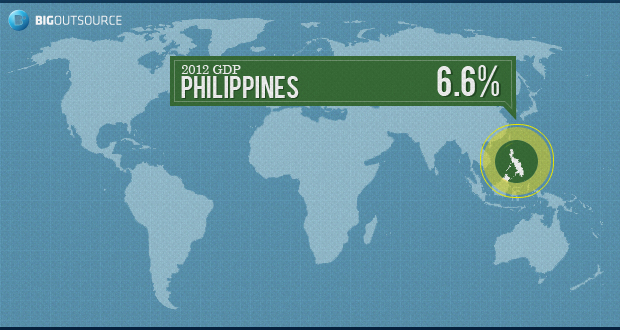 Standard Chartered Bank, the longest serving foreign bank in the country, predicts that the Philippines will continue to experience economic growth this year, further adding that it is bullish the country will continue to post “above-trend levels over the next two to three years.”

In its latest report on the Philippines, the financial institution expresses its optimism that the country is well-positioned to record above-trend improvement over the medium term or above the 10-year average of 5.2 percent, driven by the local players.

The Philippines is now reaping the benefits derived from the previous economic policies that have helped put the country back on track, which so far has improved fiscal management, a structural current account surplus and stable administration.

As well as the rise of 24-hour food and beverage and retail businesses, Standard Chartered underscores in the report the progress being made in the business process outsourcing sector (BPO) industry. According to the bank, the increased adoption of technology, such as electronic non-bank overseas workers’ remittances inflows helped spur growth.

While Standard Chartered admits the perception about the country’s growth story appear to differ among local and international observers, the Philippines still continue to thrive amidst a lower international credit rankings when compared to other Asian countries.

The bank also stresses the need for more infrastructure development to spur and remove bottlenecks to growth in the construction and residential property sector of the country.

Government economic planners sees the growth target this year will be spurred by agriculture, industry and service sectors.