PH Can Be Next Animation and Game Services Outsourcing Hub, Says Industry Groups 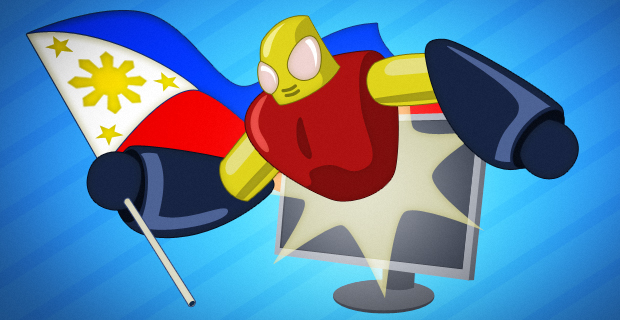 Hopes are high that the Philippines can become the next prime destination for animation and gaming-related development services given the vast talent resources and competitive potential of the Filipino animators and game developers to excel.

This was according to the industry groups, Animation Council of the Philippines Inc. (ACPI) and Game Developers Association of the Philippines (GDAP) who both have expressed faith about the large potential of the country’s animation and game services sector to bring sustained growth to the information technology and business process outsourcing sector.

Philippine BPOs often cater to companies abroad who wants to outsource their non-core business functions so that they can focus on their non-voice and creative services. But that trend has changed already as the more experienced companies realize the vast potential and promise of outsourcing even their core services to countries like the Philippines.

ACPI President Grace Dimaraanan said that the Philippines just need to step up in the area of providing proper training to this industry’s future leaders to lead the next generation of talentforces that can carry the country as the next animation and game development hub of the world.

In less than a decade, the Philippines is regarded the new call center capital of the world, followed by India and China. Becoming an animation and game services development destination in the near future is not impossible, projected the experts.

Key to marketing the Filipino talent domestically and internationally, according to Alvin Juban, the president of GDAP, rests in establishing partnership links between animation and game developers. Juban added, “We hope to have our game developers and animators penetrate the global market and take a bigger slice.”

Juban noted further that animation and game developers will gain skills and training they need to be competitive when immersed in a successful and technologically-adept country like Korea, which holds 15 percent of the $1.5-billion global animation and games development market.

India seizes the 40% of the total market share while the Philippines ranks at third place with 10%. Even more, an international research firm MarketsandMarkets report predicts that the global animation and gaming market will continue to grow from $122.2 billion in 2010 to $242.93 billion by 2016.

The gaming and animation sector of both the Philippines and Korea are similar in some ways. Both employ the Western-style animation, having had decades of experience in Western production projects and also some pains. The Korean experience which grew at a staggering high level through the creation of original content, could teach the Philippines about carving out a niche in the global animation suppliers market.

ACPI and GDAP are said to be working closely with the Information Technology and Business Process Assocation of the Philippines (IBPAP) to drive their respective sectors in penetrating and expanding to the global markets. One of the cited keys is the pursuit of public-private partnership initiatives in several locations to drive the growth of the country’s animation and gaming sector.

PH Can Be Next Animation and Game Services Outsourcing Hub, Says Industry Groups by Admin