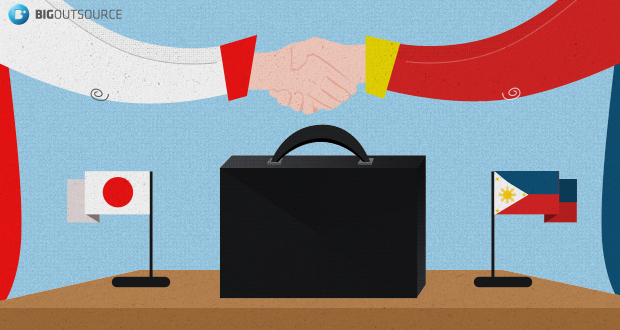 Sumitomo Coporation, the Japanese firm that operates and develops industrial parks, raved about the country’s attractive tax incentives, as well as the Philippines’ rich competitive workforce skilled in conversing using the English language as keys of the stronger than ever exporting potential of the nation.

The Star’s columnist, Boo Chanco noted of the wide attention that this positive news has sparked within the Japanese business community, including Japanese and international press.

Apart from Asahi Shimbun who reported about the investment of Sumitomo, the Financial Times noted of the firm’s bullishness to invest as a sign that “Japanese companies will continue to steer funds into faster growing, more dynamic economies – even as the recent depreciation of the yen makes investment back home that little bit more attractive.”

Chanco further noted of the FT report of the wage hikes and worker shortages that drive Japanese firms to consider diversification of production facilities. “And where better than the Philippines, where about 97 percent of Japanese companies with overseas operations are yet to venture?”

Sumitomo is not only interested to lure the likes of Hondas and Canons, reported by FT. The company is also keen at offering factory facilities for lease, with logistics and procurement support to make setting up shop attractive to small and mid-sized Japanese businesses.

The FT report even said: “a fair amount of this newer investment by Japan Inc is happening at the expense of China, as companies balk at spiraling labor costs after the flare up over a tiny chains of islands in the East China Sea.”

The foreign direct investment from Japanese manufacturers to the Philippines, according to Sumitomo, is already showing continued growth since 2011. The FT said that government data showed the country’s FDI since 2011stood at just over $10 billion at the end of 2011.

This FDI stock is more than five times the level of a decade earlier, said FT, further adding “(such) rate of growth exceeded only by investment in India (13x), China (8x) and Thailand (6x) over that period, within Asia.”

Compared to its Asian counterparts, the Philippines’ attractiveness to foreign investors as a strategic location for export-oriented industries will continue to improve. The Philippines has in fact raised exports by 7.7% year on year during the first half of fiscal 2012.

These factors led Sumitomo to launch its expansion projects further in the country, which the Japanese firm dubbed as the First Philippine Industrial Park, a 100-hectare expansion project together with the Lopez-owned First Philippine Holdings Corporation. The FPIP is already established in 1996 in Tanauan City, Batangas province, southern part of the capital Manila.

As well as sustainable growth of the Industrial Park, Sumitomo indicated the aim of the joint venture is to contribute to the progress and prosperity of local society through job creation, and more.

Among other big Japanese companies that Chanco mentioned in his column who are already in the country and some keen on investing in the near future. Murata, a chipmaker for semiconductor industry, Brother and Canon, both in the printer sector, Bandai, the big toy maker, Fuji Optical, makers of optical lenses, Furukawa, maker of wiring harness for automobiles are among the big ones.

Uniqlo, Japan’s biggest retailer, already opened its store in Mall of Asia and is reportedly planning to open 10 more stores in the coming year. Mitsubishi Motors, who already presented their plans for expansions in the country to the President, is also said to be interested to sign, Chanco quoted Manuel M. Lopez, the country’s Ambassador to Japan.

The press release stated that Sumitomo was responsible in handling the marketing while the Lopez Group was in charge of the operations side. Sumitomo’s role include using its global business networks and experience in the industrial park business to win locators in its FPIP. Compared to the times during the Arroyo regime when even Sumitomo’s clout couldn’t overcome the country’s poor reputation, this administration proved otherwise.