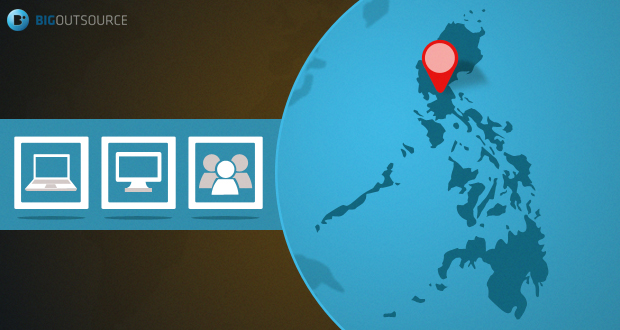 Manila is now the third favorite outsourcing destination to send IT works, replacing New Delhi. Cebu, another Philippine city, went up one rank in the top ten.

The Philippines has exceeded the 5.6 year-on-year growth targets to post 6.6 percent improvement in the economy. Meanwhile in the fourth quarter of last year, the country has recorded a 6.8 percent growth rate, fuelled by the strong services sector.

Just what we thought, the miraculous feat of the Philippines proved our assumption that it is only a matter of time until today when the country finally edges India from its top rank as the IT destination darling the world over.

In the annual survey conducted by global outsourcing advisory firm Tholons, the research thinktank accounted the new momentum of the Philippines to the following factors: 1) cultural and accent similarities with the Americans; 2) standard of living is low, which as a result makes doing business here more competitive than our foreign counterparts; and, 3) the generally-positive perception of the business process outsourcing careers.

Tholons has also identified the strong support that the Philippine government is giving to foreign investors, particularly in making the country more attractive to outsourcing firms by way of grants and infrastructure developments.

Manila was ranked the third best while Cebu City went up one rank in the top ten. While Bangalore holds the No. 1 rank and six of India’s outsourcing-oriented cities entered the top ten ranking, it was the Philippines who is showing significant progress through the years. Ankita Vashistha, Tholons managing director, underscored the rising costs of doing business in India: “Infrastructure and quality of life are also under pressure in Indian cities and these could impact growth in the future.”

Times of India added in its report that US-based customer management solutions firm Convergys has already 18 call centers set up in the country. Another US-based company, UnitedHealth has back-office operations in Taguig City. In Cebu City, EXL is opening its third center while IBM has expressed plans to grow its BPO services in the country, which will be geared toward providing higher value analytics and high-value customer support services. Wells Fargo & Co has its business support center established in Taguig City while JP Morgan Chase has expanded in the country’s capital Manila through its 1,000-employee facility.

The Tholons report also indicates the outsourcing growth in the major cities of countries like Malaysia, as well as Latin America.

Manila Beats Delhi in New IT Outsourcing Ranking by Admin