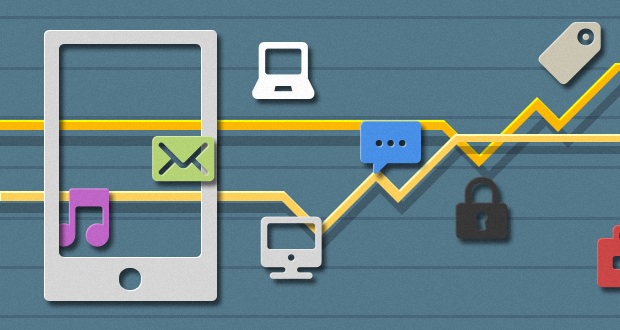 Mobile will continue to be relevant this year and the foreseeable future as smartphone and tablet based-device penetration continue to increase. Observers saw the trend to accelerate even higher along with companies who will seize the promise offered by outsourcing mobile app development services to countries like the Philippines.

The impact of a movement gearing fastforwad to mobile – from shopping to media consuming to search – is getting stronger than ever. The U.S.-based ComScore, which tracks mobile and Web usage, suggests that businesses will have to take advantage of the trend to lead in an industry where consumer behaviors are constantly changing.

In its 48-page report, comScore talks about the U.S. mobile landscape, highlighting what happened a year ago and what are there to expect in the future state of digital business. It added the current year (2013) “could spell a very rocky economic transition.”

In a relative development, the world saw an astonishingly quick transition to mobile. Just last year, the smartphone transition crossed the 50 percent mark for the first time, where Android-based phones dominated the segment.

People who are spending their time more using their desktop computers reached 63 percent while those who use their mobile devices (including smartphones and tablets) reached 37 percent, added ComScore.

And there’s another big industry that the sweeping impact of mobile domination has the big tech companies of the world shaking their heads – the desktop space. As we all know, the rising smartphone and tablet computer device penetration in the recent years continue to snatch consumers buying and using the versions of applications in desktop products.

Users can now skip using their desktop computers to access their favorite websites like Google, Yahoo, Microsoft, Facebook and Amazon. All these and more are accessible through the click of their fingertips, using mobile.

In the mobile landscape particularly, the demand for mobile app and mobile web developers and designers is seen soaring and mobile firms must do everything to stay ahead of the competition.

As mobile become ubiquitious and become the preferred digital technology of choice by users, it is getting clearer now that the challenge for mobile development firms will increase, particularly towards staying ahead of the competition and meeting the demand.

Outsourcing for low-cost, competitive labor force is one solution. Yet as the mobile market continues to mature, quality will become the order of things over quantity of apps being developed.

Over India, the Philippines offers more benefits and business continuity in terms of the outsourcing services and solutions available. Outsourcing a mobile application project or hiring a virtual mobile app developer through Philippine offshoring companies are also said to be more effective over its Asian neighbors due to the availability of infrastructure and the technical training and education being offered to its labor force.